Row 360 Editor Tom Ransley and writer Rachel Quarrell provide a comprehensive Racice Rundown while rowing author and former Czech Republic lightweight sculler Daniela Nachazelova shares her personal reflections as the World Rowing Championship returns to her home country. Pangs for home were felt at Racice by the British contingent. They missed Queen Elizabeth II’s funeral which marked the end of their nation’s official mourning period. A dire performance for Germany was barely salvaged by Olli Zeidler’s gold, a sculler who trains beyond the reach of his Federation coaches, and for the first time in 23 years Deutschland Achter failed to make the final of the men’s eight. German sculler Stephan Riemekasten examines the Systemic Failure of the German Rowing Federation.

Boston opened its arms to the Ukrainian national team rowers and coaches who competed at the 2022 Head Of The Charles Regatta. Earlier in the year, the regatta was approached by Andrii Ivanchuk, who was born in Ukraine and coaches the Simmons University rowing team. Ivanchuk proposed bringing the athletes to this year’s event. “Ukraine has a tremendous and proud history of rowing, and it was particularly important to us with all that they’ve experienced at home to include our global rowing teammates in this year’s regatta,” said HOCR Executive Director Fred Schoch. “They are an inspiration to us all.”

A giggling, gleeful Gianni Postigilione opens up to the Quarrell treatment in a joyful feature-length interview. The Italian mastermind behind Greek rowing fortunes shares his coaching philosophy. Dr Mark Homer delivers another stimulating trip through the world of physiology. He explains the science behind doping and considers the extent to which rowing has been impacted by performance enhancing drugs and marred by doping scandals.

Capping this issue off are the high-energy images produced by Row360 Editor Benedict Tufnell who travelled to Wales for the Beach Sprint Finals. And Irish-adventurer Damian Browne reflects on his homecoming having battled adversity in the Atlantic. The 112-day long-haul effort saw the former rugby player slogging on the oars from New York to Galway. Read all about it! 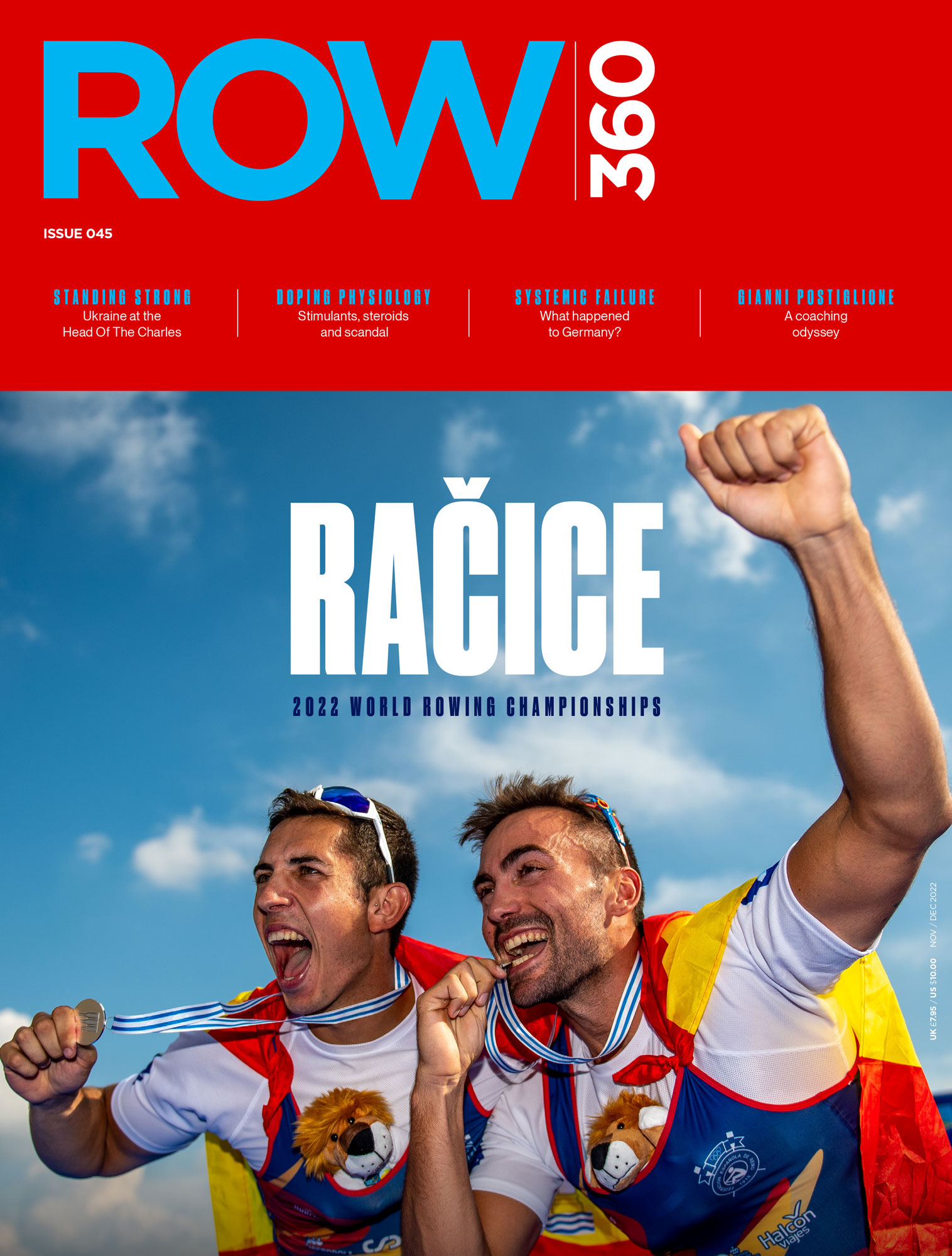 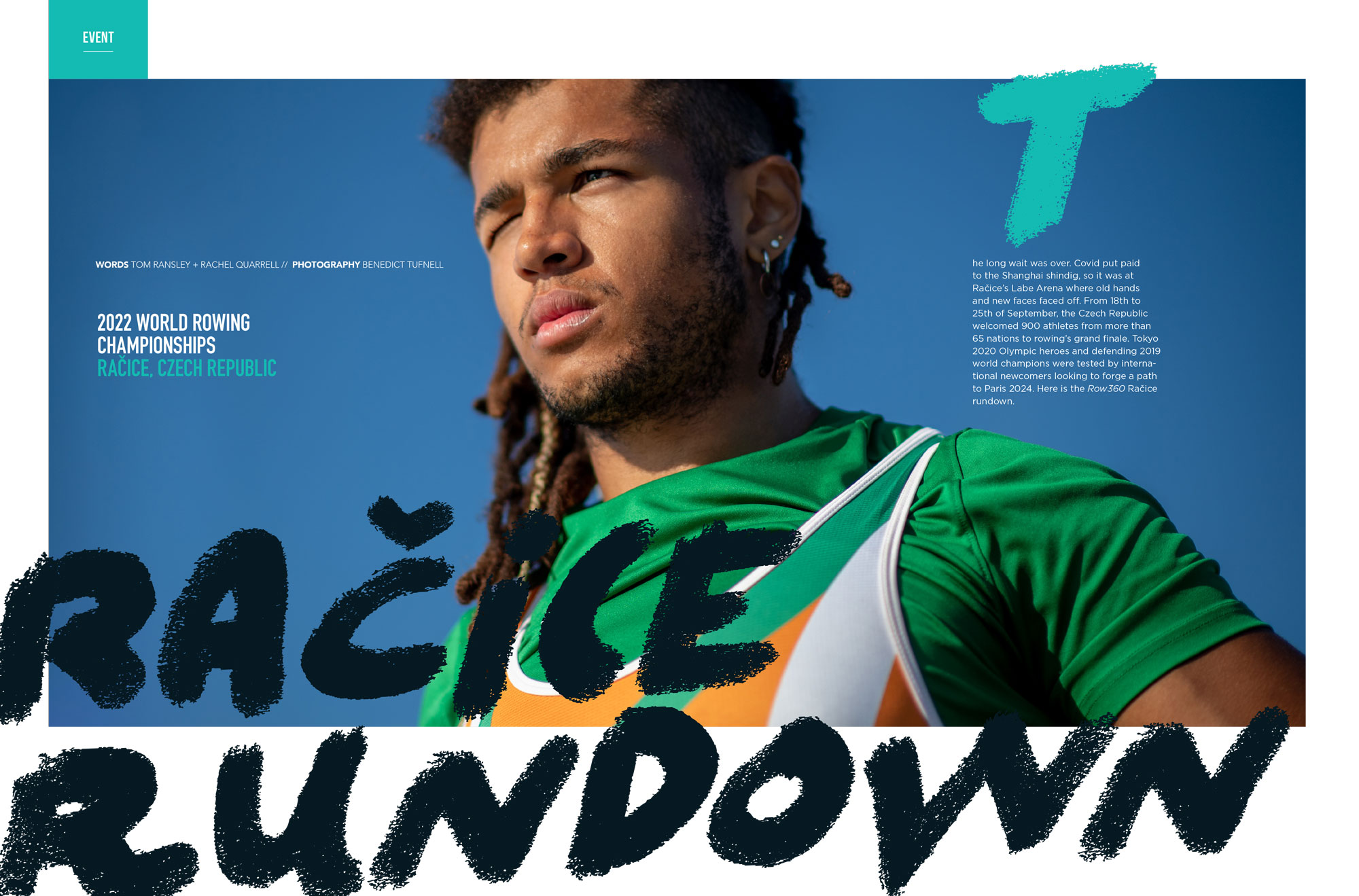 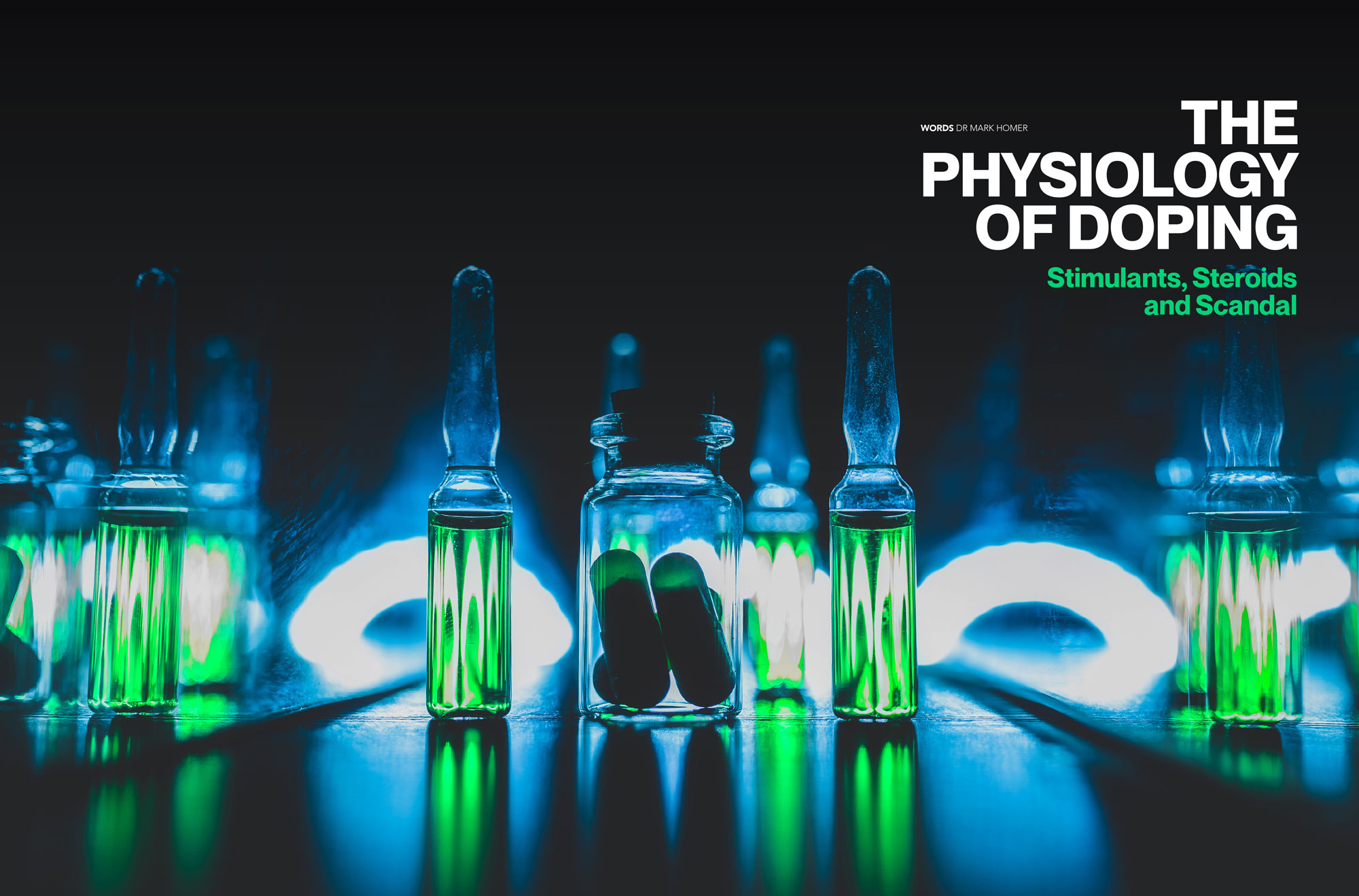 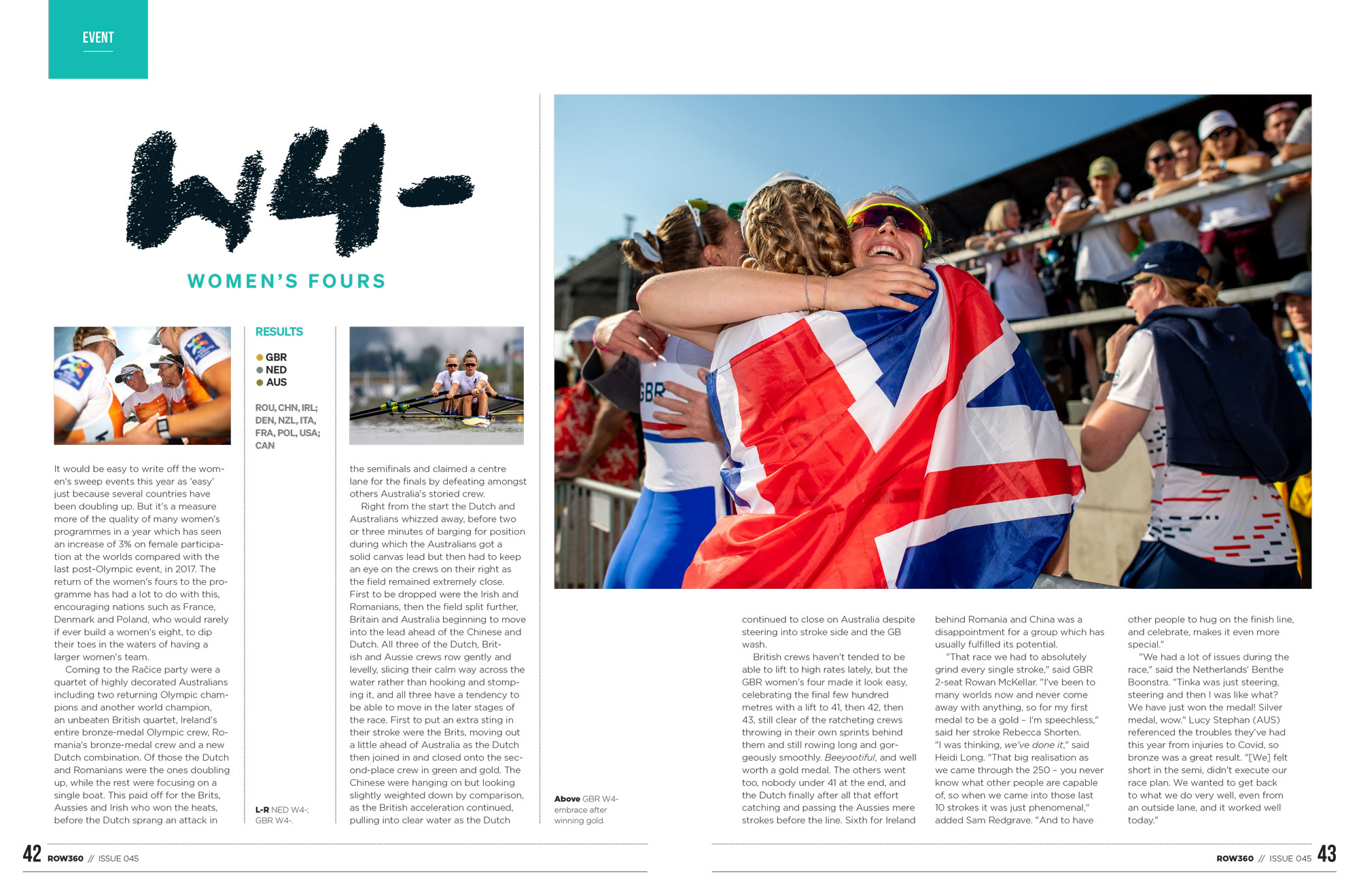 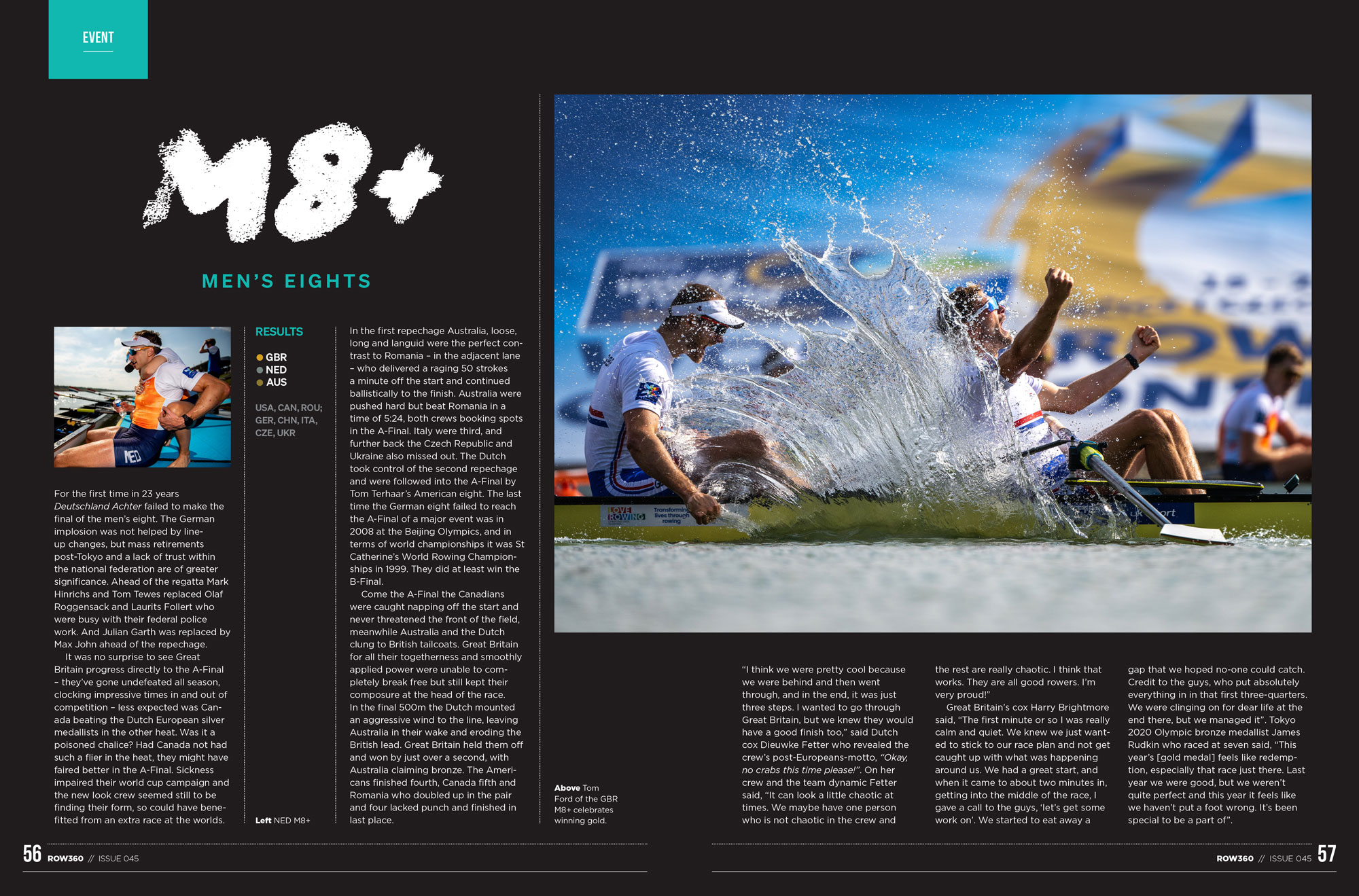 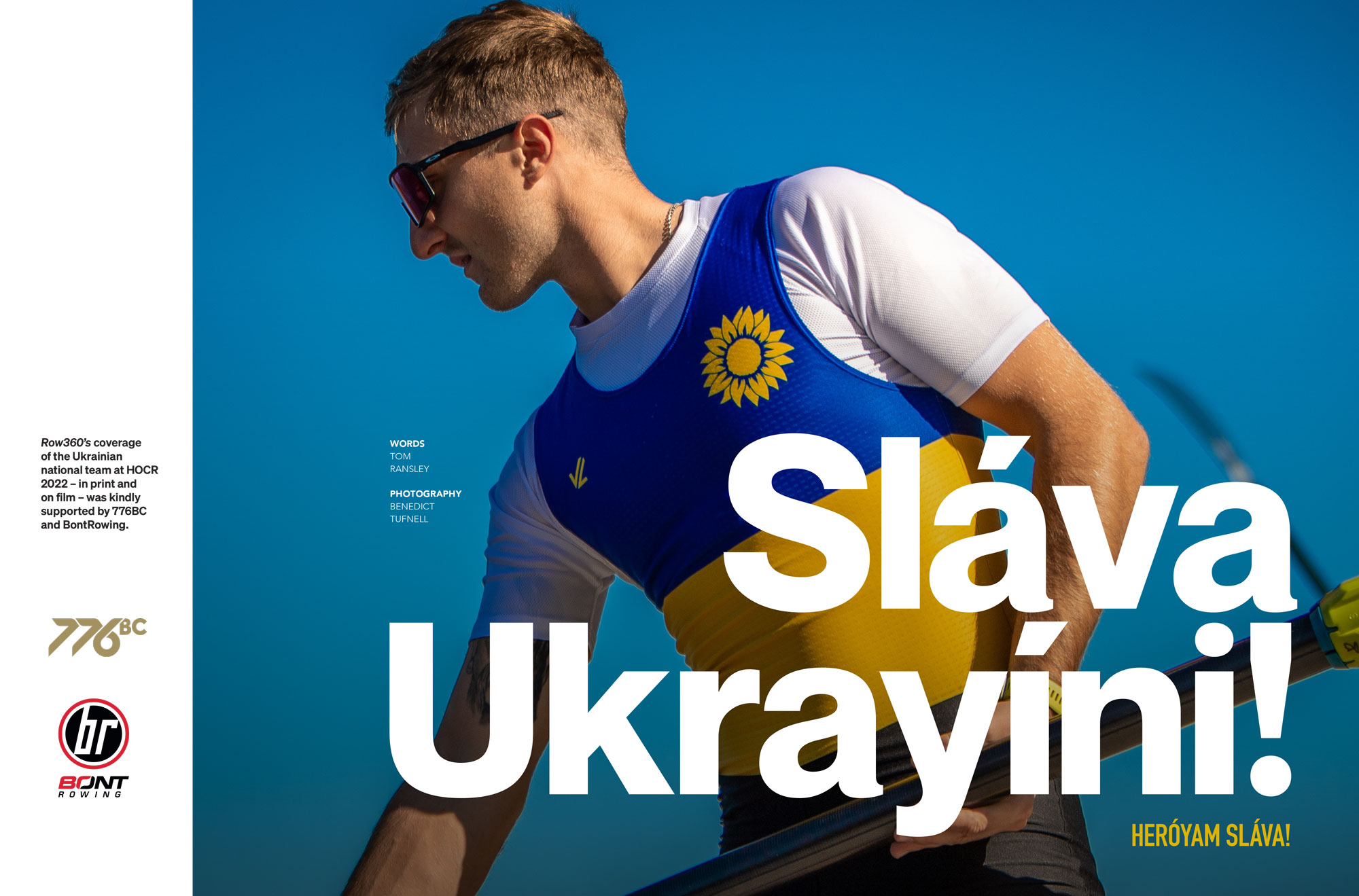 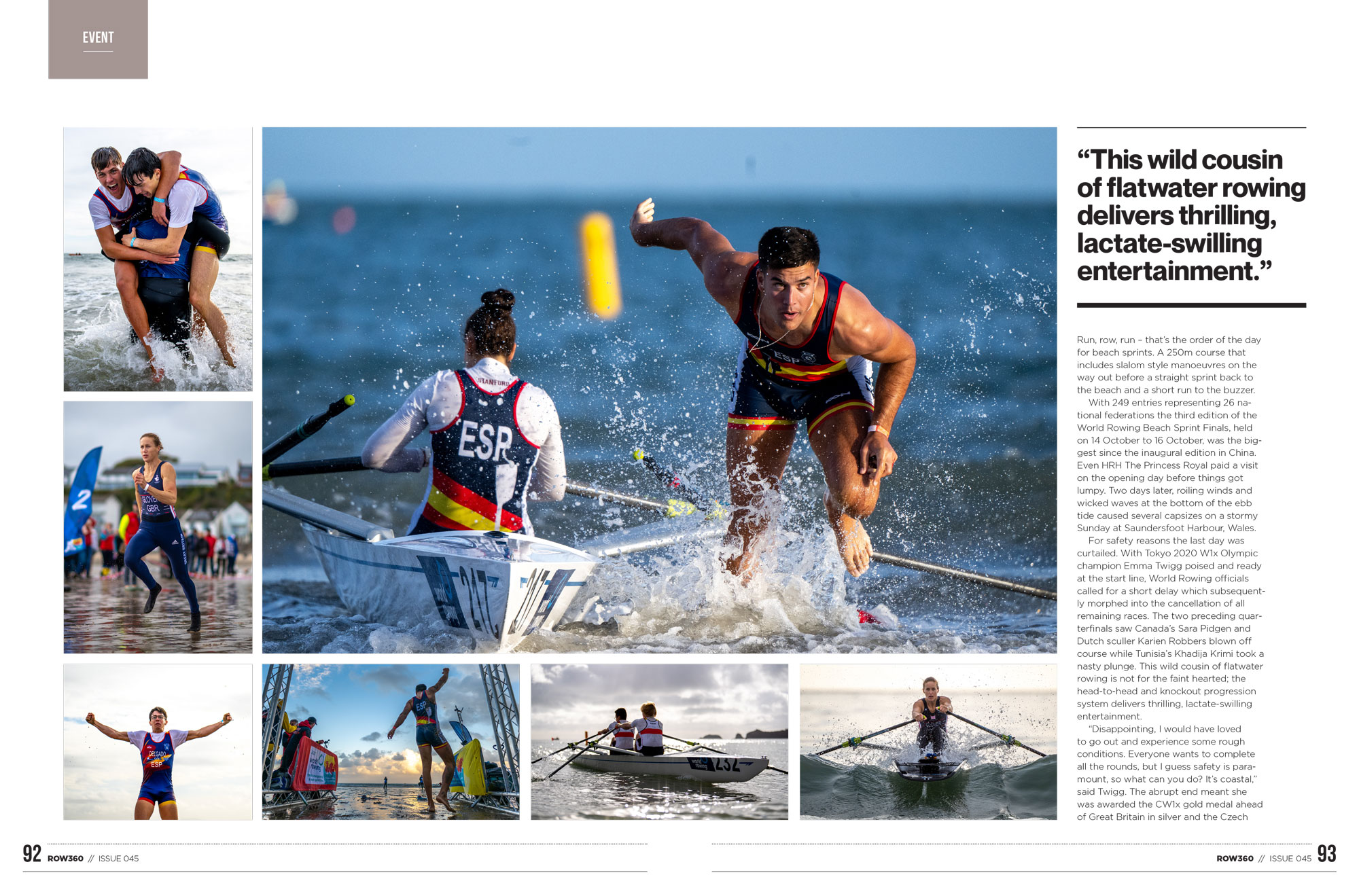 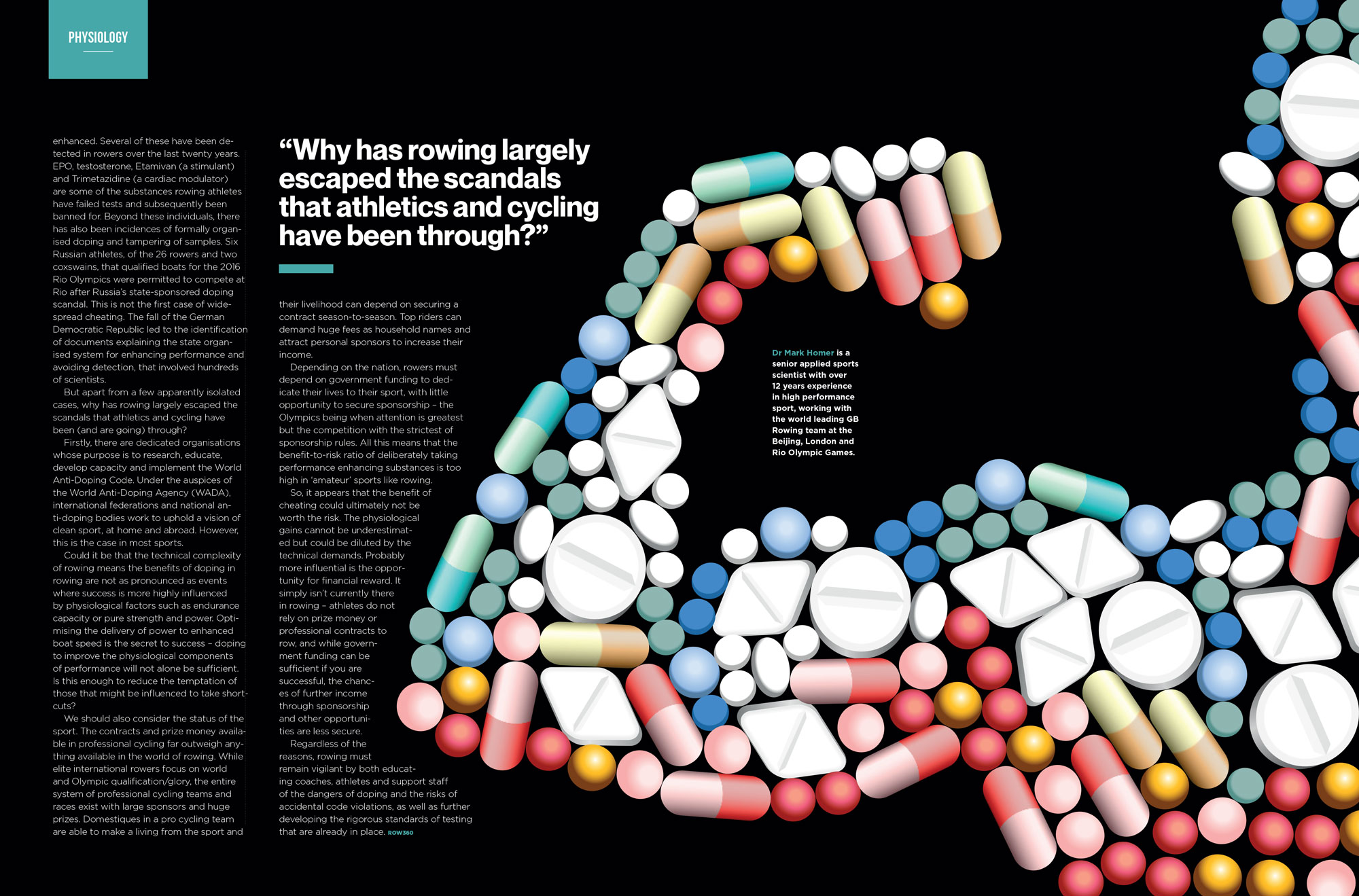