Since our last issue, a flourish of races has seen the 2021 season get firmly underway. Starting with the return of the Oxford V Cambridge Boat Race on April 4th – after its cancellation in 2020 – followed the very next day by the start of the European Olympic and Paralympic Qualification Regatta in Varese, Italy which was immediately followed by the 2021 European Rowing Championships also in Varese. As we go to press, World Rowing Cup I is about to start in Zagreb, Croatia.

As the Official Media Partner and Official Photographer to the Gemini Boat Race 2021, which was closed to spectators, we were given a `dream spot’ on the umpires’ launch to photograph the race which was returning to Ely in Cambridgeshire for only the second time in its history. It was last held there in 1944. You can see our photographs and read our race report in this issue. You can also read the full story of the 1944 Boat Race as told by the excellent Tim Koch.

We were also in the thick of it in Varese for the 2021 European Rowing Championships. In this issue we run down each of the 14 Olympic and four Paralympic events, look at the results, and ponder what it all means for Tokyo later this year.

One athlete who made a notable return in Varese after a four-year absence from international competition was Lithuanian sculler Donata Karaliene (née Vistartaite). We last saw her winning an Olympic bronze medal in the double on the Lagoa at Rio 2016. Since then, she has married, had twins, and returned to rowing winning a silver medal at the 2021 European Rowing Championships. It is no last gasp either. The Lithuanian is adamant that Tokyo, if she makes it, won’t be her last Games. Karaliene speaks to Row360’s Deputy Editor Tom Ransley for this issue’s cover story.

Finally, the Tokyo Games this summer will be the first Olympics to host an equal number of men's and women's rowing events. It has been a long journey to equality for women at the top of our sport. Below that top level, there is still more work to be done. In this issue, Amanda Kraus, USRowing’s new CEO, talks to Row360 contributor Emily Spiegel about the state of gender equality in rowing in the US, how far things have come, and what still needs to be done.

We hope you enjoy the issue. 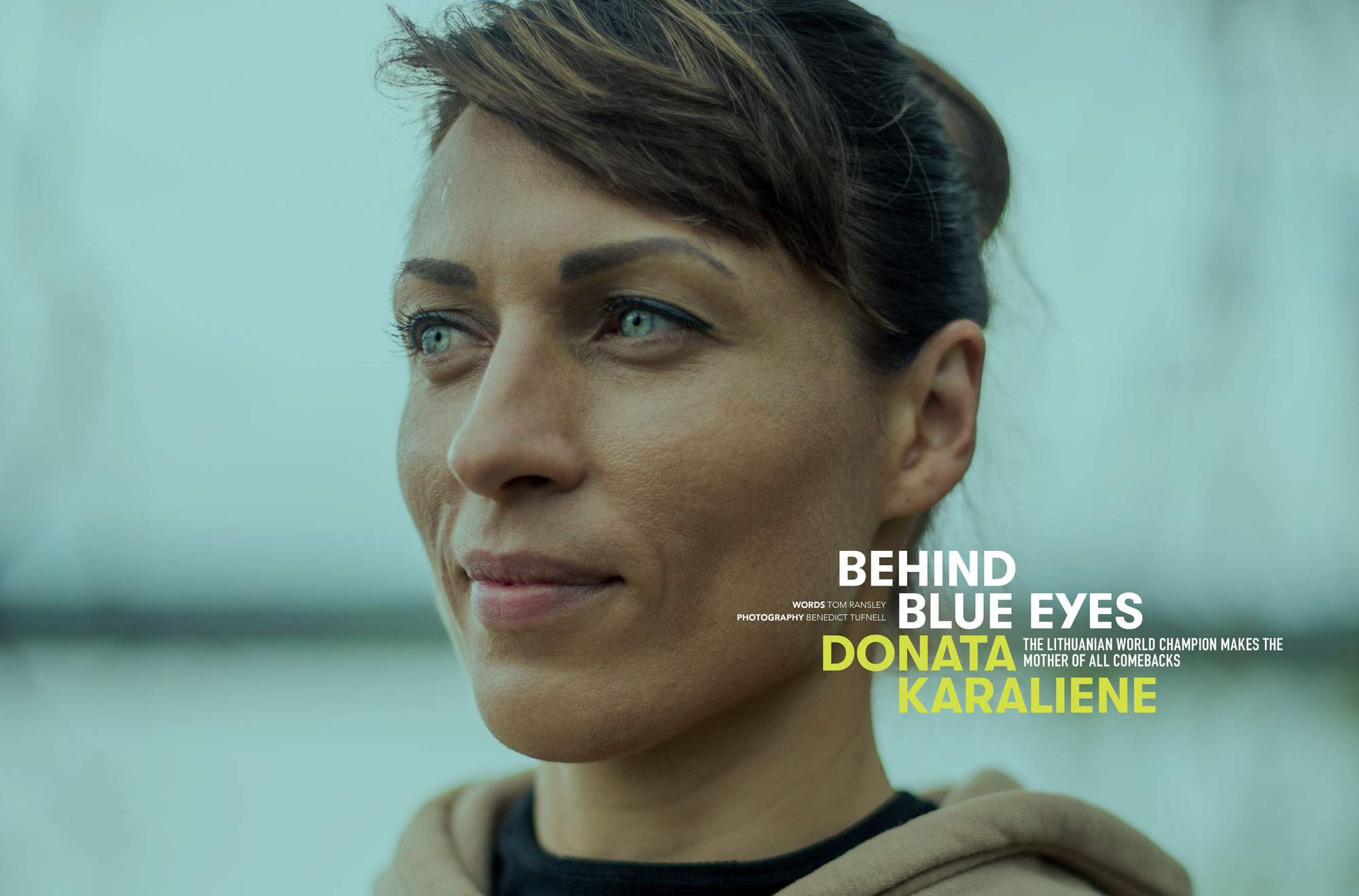 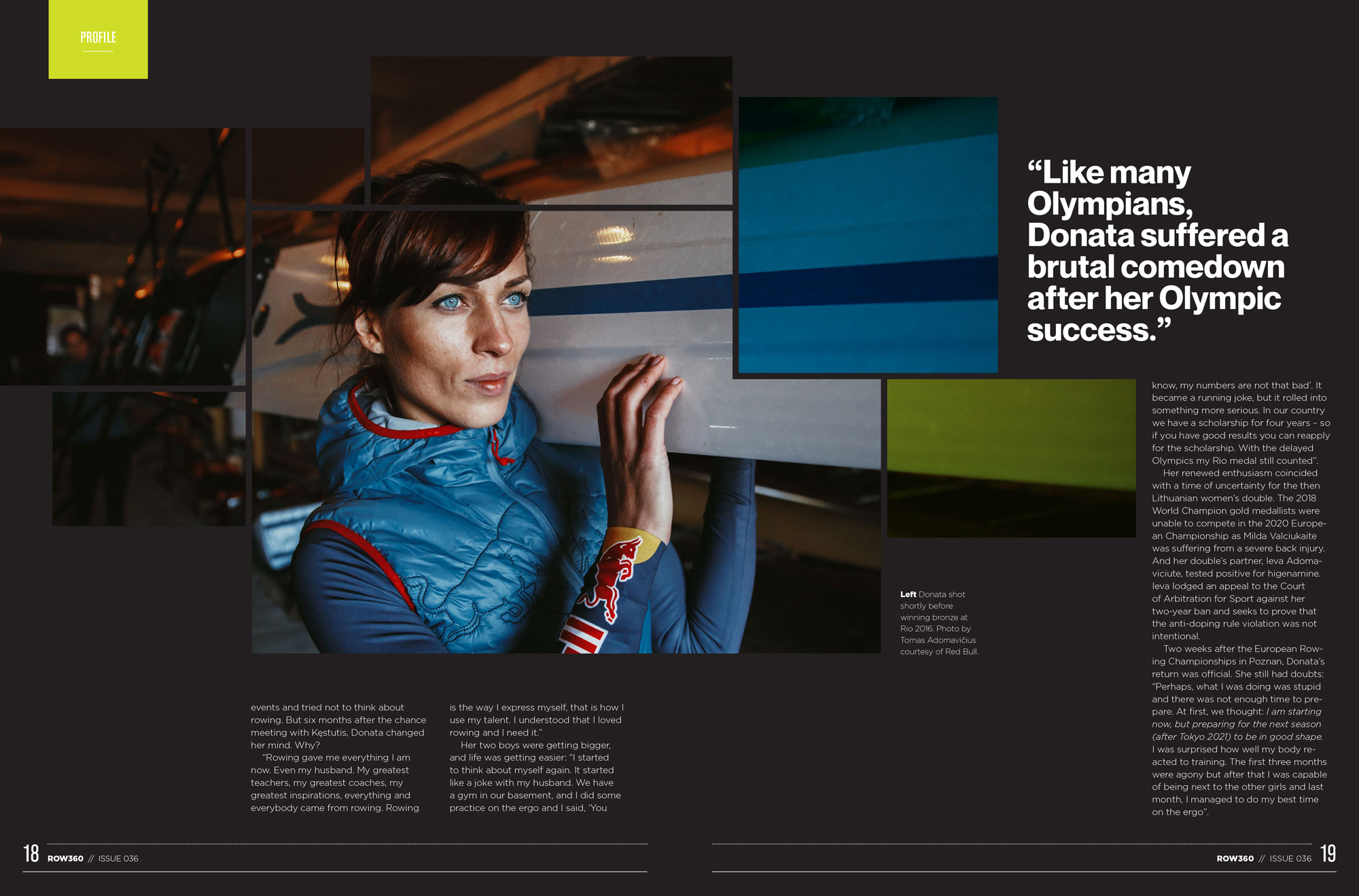 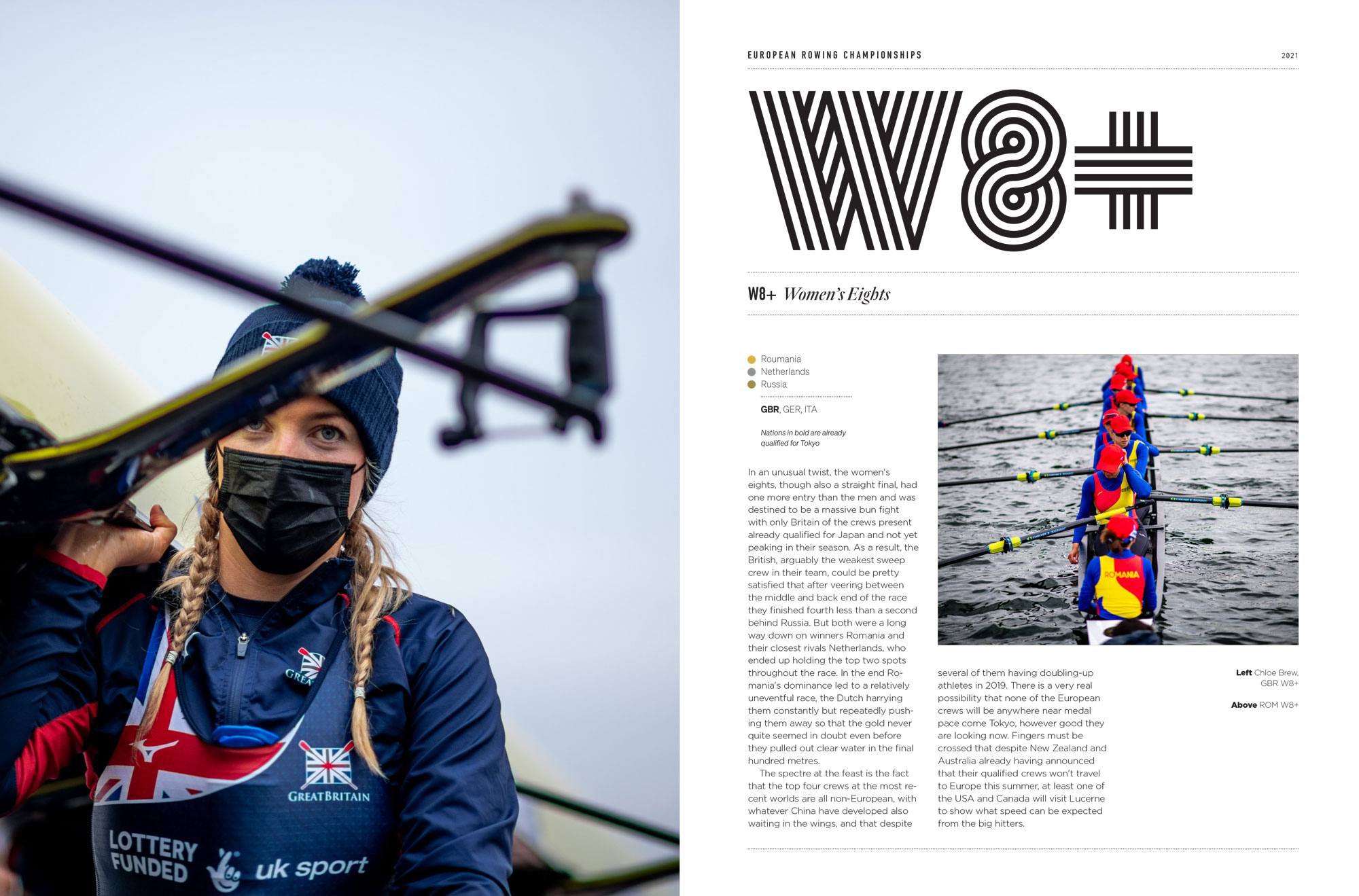 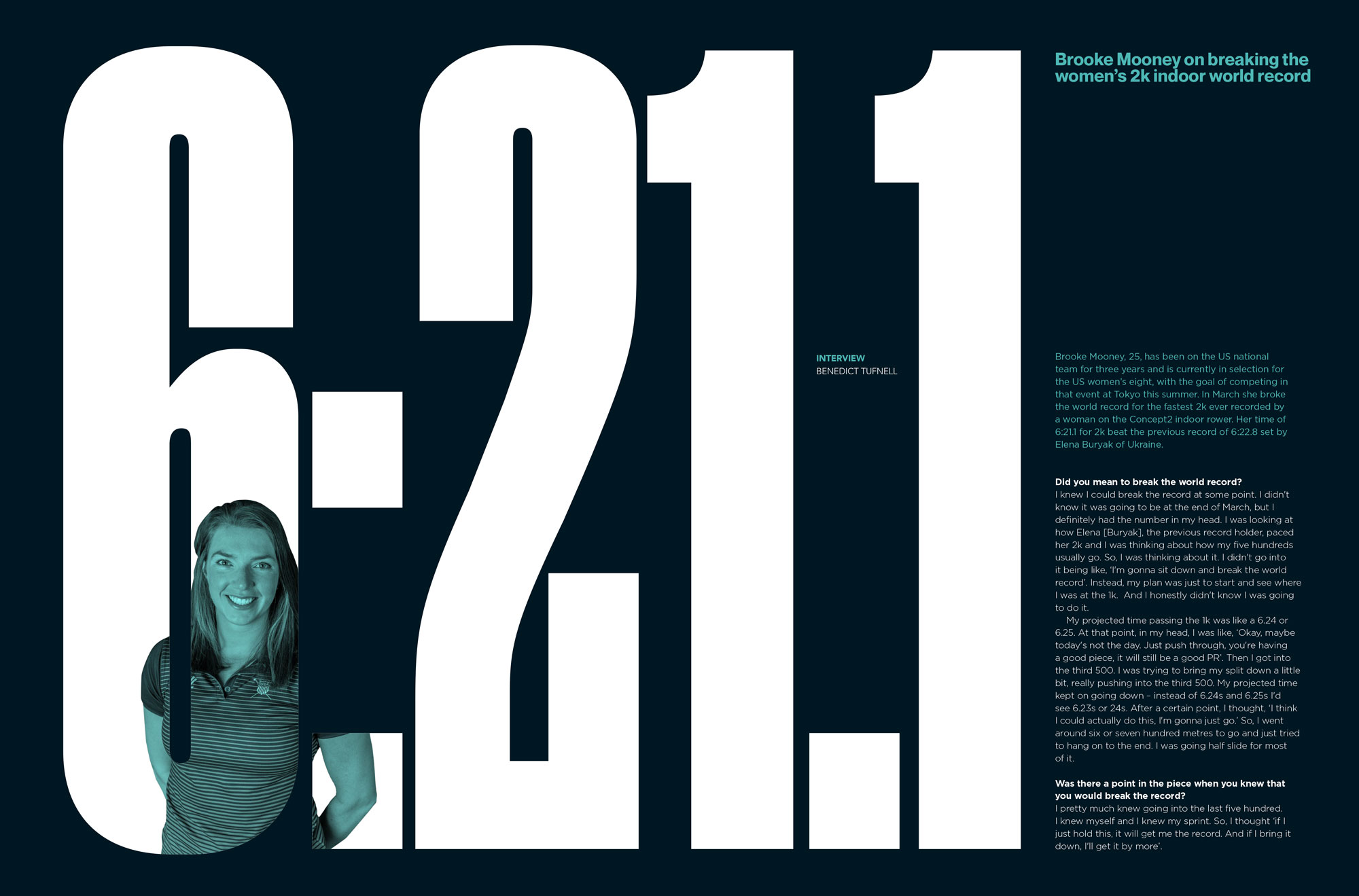 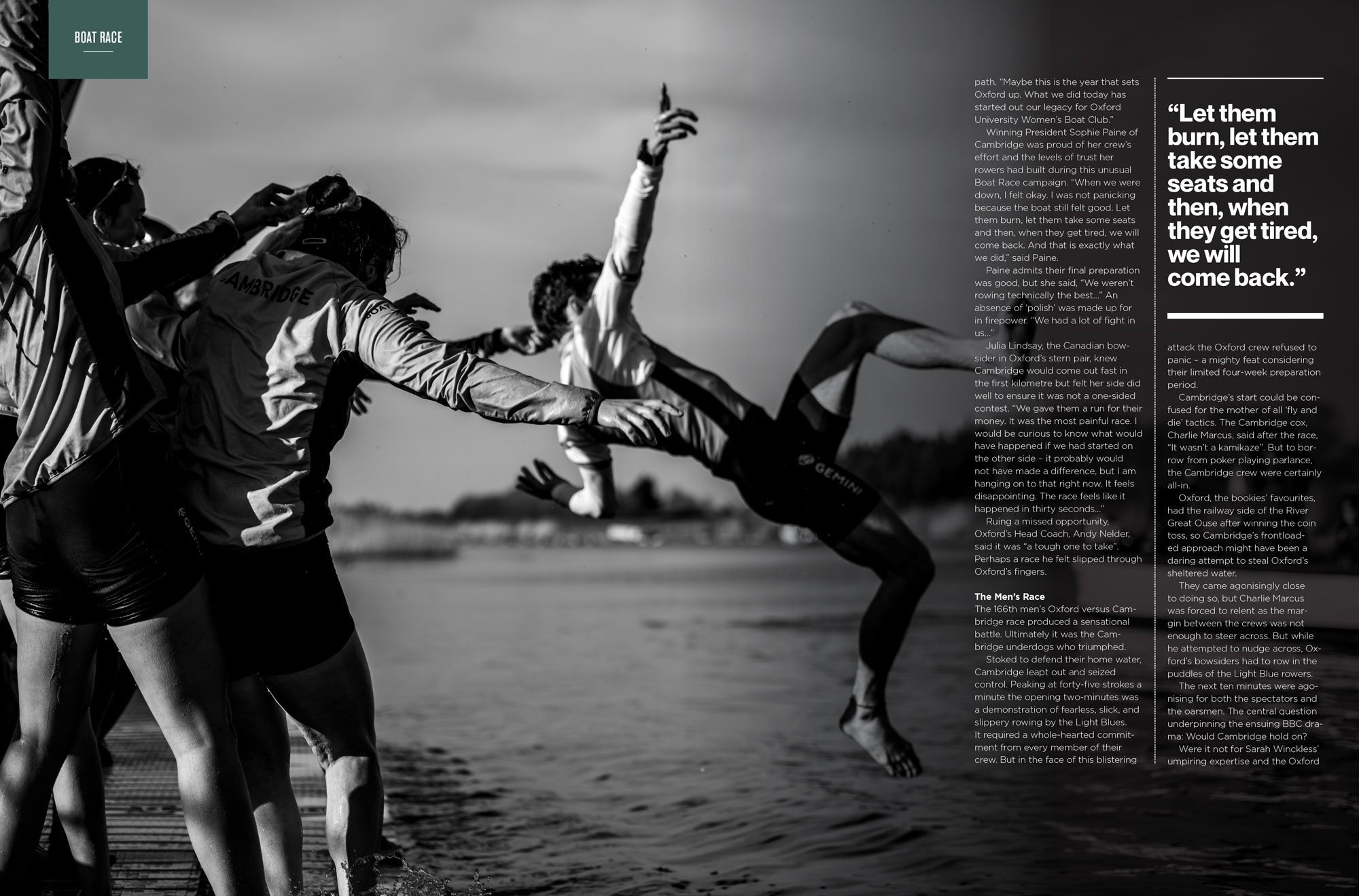 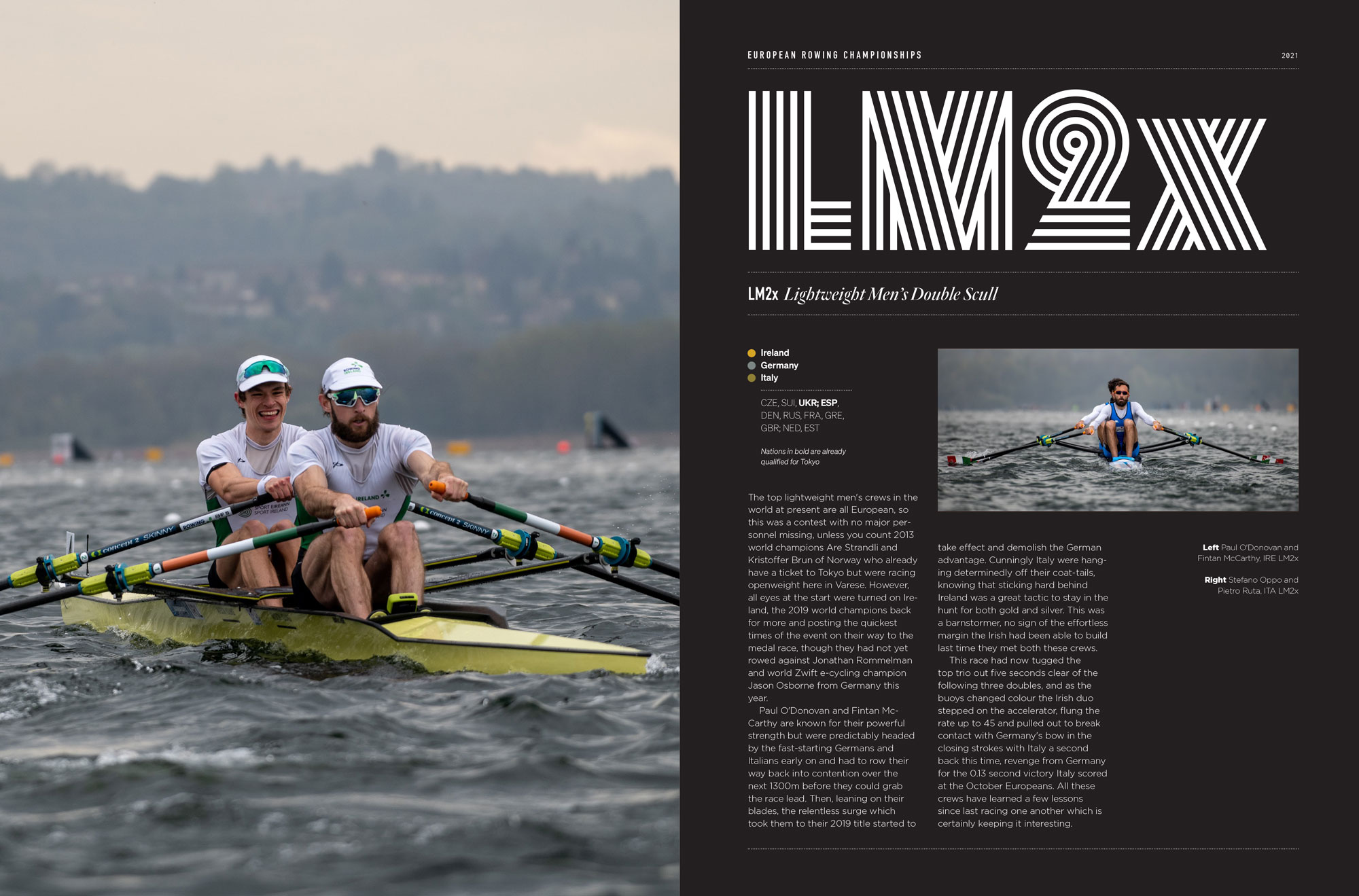 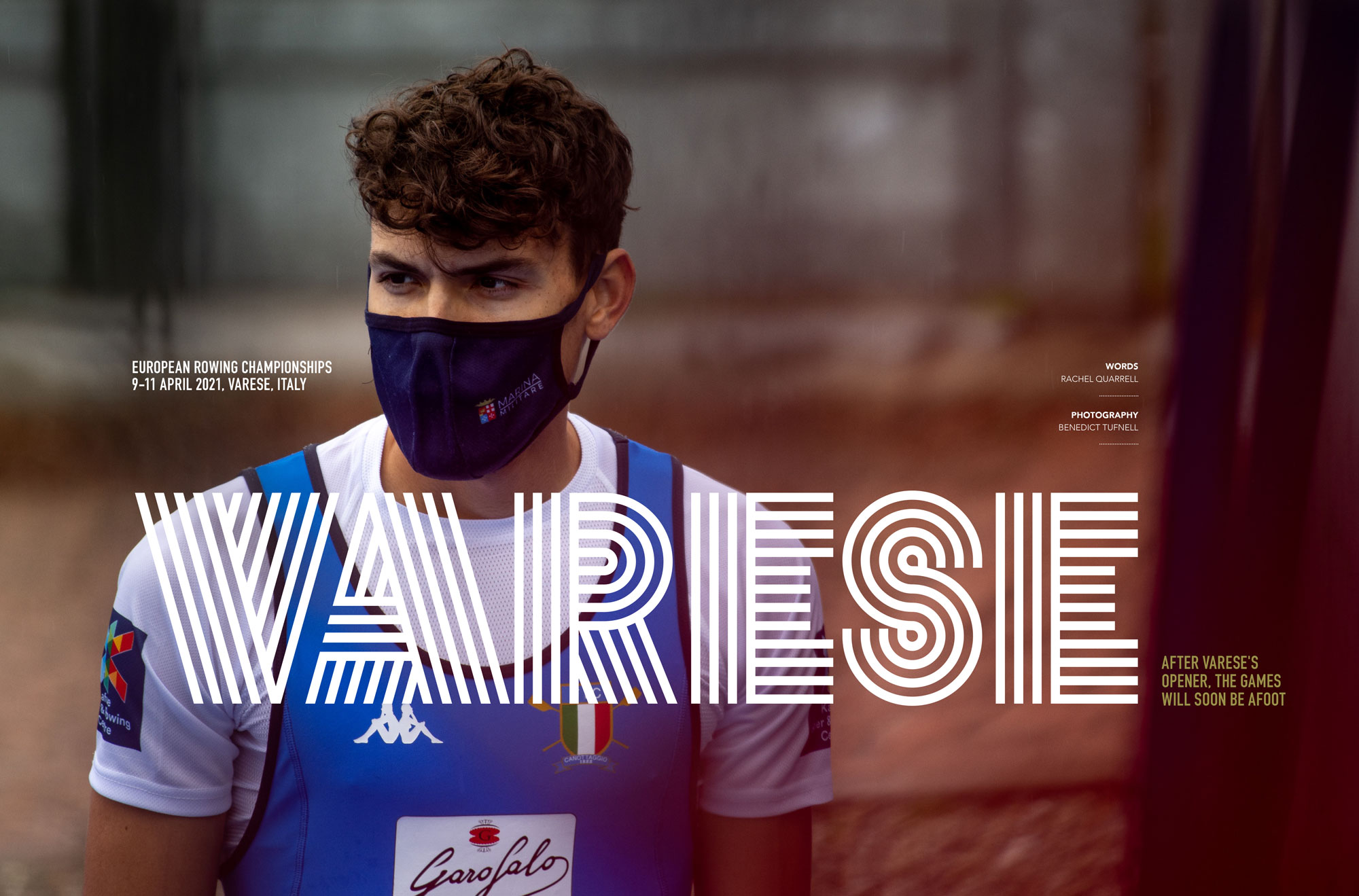 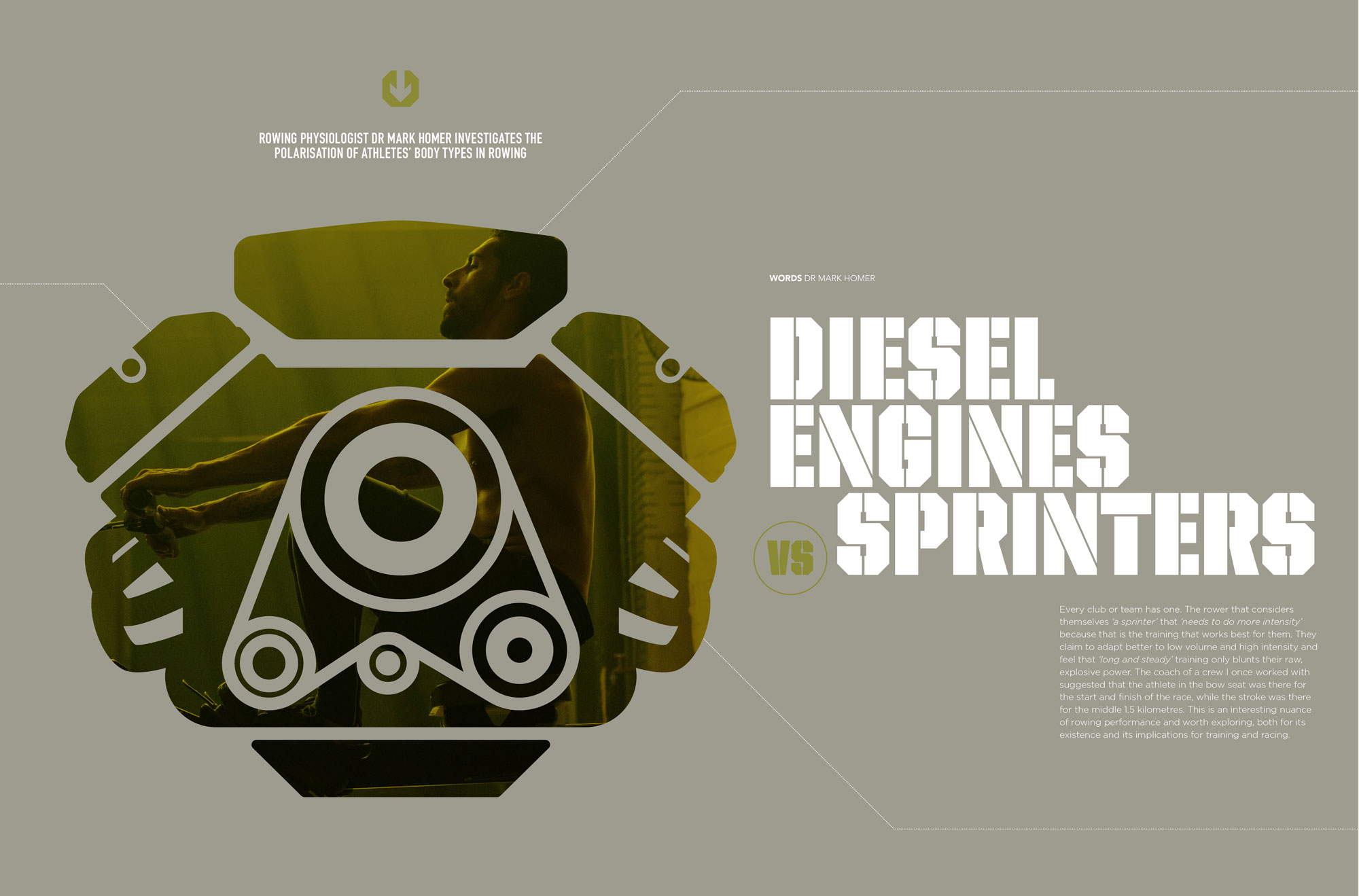